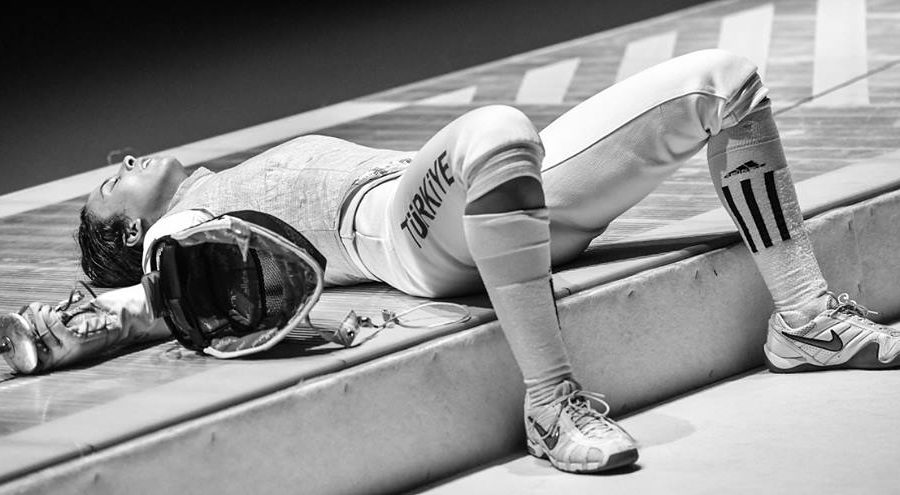 The Turkish foilist lives and studies in Boston, we interviewed her on the most important tournaments of the season.

First Turkish fencer to qualify for the Olympics, the Rio Games, after 32 years, İrem Karamete is now preparing for Tokyo. We met the athlete after the female foil individual competition in Novi Sad, where she had one of her best results so far. She told us about her training and her aims for the future.

What about the European Championships, you did quite well, are you happy with the result?
Yes, because we are working for this tournament and for the World Championships during the whole season, these two tournaments are the competitions which give the highest amount of points. For this reason it’s very good, it was my first top sixteen, so it was good for me.

What are your aims for the upcoming Worlds?
Last year I made into the top thirty-two, in my opinion the European Championships are more difficult than the World Championships so it means that if I can do top sixteen here I have more possibilities for the Worlds.

What about Turkish fencing?
Turkish fencing has been improving in the last fifteen years, we had one gold medal, an individual World champion and European champion, the first qualification after thirty-two years for the Olympic Games, we have one sabreuse that is European champion. The results are coming because we all work hard and the Federation puts more effort in it than it did in the past so now for us everything is going very well.

You are currently training in the US.
I’m living in the USA so far because I’m doing a masters there, with my boyfriend Andrea Baldini who is also coaching me at the same time. I don’t have a team there, I’m working only as an individual fencer.

How do you balance study and training?
I’ve studied Industrial Engineering, now I’m doing a masters program in Global Market Management in the Boston University so I’ve always been to school and doing sport in the meantime. So going to the USA, even for one or two years, it was a very different experience for me and I’m happy to take up this challenge, it’s not easy because many fencers are doing only fencing, of course this affects them positively, they are stronger, so it was not easy for me but I’m happy so far.

Not many people study in professional sport, how important is studying for you?
As I told you before I’ve studied Industrial Engineering that is closer to Business Administration, more technical, of course is not easy but I’m happy, I don’t want to fence solely, it’s pretty boring for me to only train everyday, I need to take a breath outside of the fencing. I think it affects me more positively.

You said that Andrea Baldini is coaching you. How’s this experience?
Of course he is one of the best fencers ever in the history, very talented, there are many things to learn from him. Before going to the US I worked with a Russian coach for ten years, now I’m working with an Italian coach, which is very different. It took me some time to adapt, they have two different ways but Andrea is valuable in fencing, in everything for me of course (laughs, ed).

You don’t have a Turkish foil team.
We have fencers, but because I’m the only one who qualified for Rio, and now I’m preparing for Tokyo, it’s a Federation decision but we don’t have a team like Italy, Russia, Germany. I think, of course it’s their decision but this is also something that effects me because if you have a team you are more active, there is someone that might be better than you, the challenge makes you stronger.

What are your plans for the future?
I did a couple of internships but I think in the future I will find a job that is related to communication with people more than to sit at a table… I will be happier if I work in the communications section.