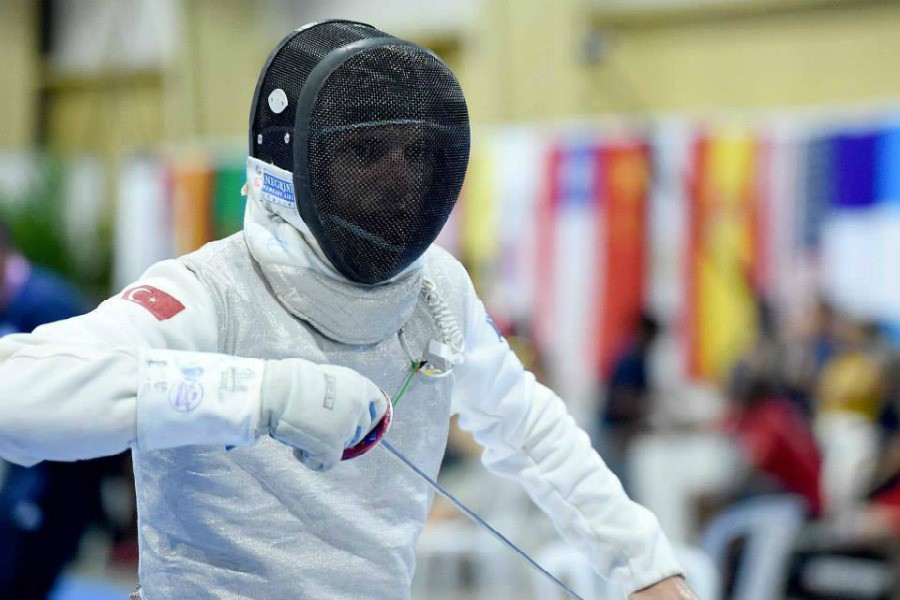 Interview to Turkish national fencer, Martino Minuto. Talking about himself on Pianeta Scherma.

From Italy to Turkey, going through the United States and Australia. Stopping in Amsterdam where he lives with his girlfriend.

Martino Minuto was born in Monza but he’s always traveling the world, led by his passion for fencing. After a promising career in the Italian youth nationals, the Italian fencer is currently under the Turkish flag. To bring successful results to a Fencing team which wants to stand out in the European scene, but most of all to help the younger members of the Turkish national team to grow and  gain experience in an international environment.

We met him in Milan, in the hall of arms of “Circolo della Spada Mangiarotti”, hosting him and the guys from the Turkish national team who are getting ready for the Under 23 European championships in the county seat of Vicenza. A chance for a long full immersion chat, in which Martino talked to  “Pianeta Scherma” about his life.

Martino, you were born in Milan but you are a true globetrotter…

That’s right, I take three or four flights a week on average! When I’m in Turkey I don’t have an allocated place, I follow the guys who live in different towns. I am often in Amsterdam, where my girlfriend lives. And from time to time I go back to Monza where my parents live..

How did the collaboration with the Turkish federation go? You are currently representing them on the pistes…

They presented the offer to me through the Turkish government, who asked me to become a member of their national team. It all started with the Under 20 world championship in 2007, which took place in Turkey and where I won both the individual and the team match, winning the World Cup of the swell category.That was my first chance to get in the Team. Later they offered me a Turkish passport, which is essential if you want to represent the national team. Having no blood tie with Turkey, the Federation managed to get me a passport for sporting merit which allowed me to maintain both Italian and Turkish citizenship. In September (2014) I received the passport and in October I was able to start attending matches and working with Turkey.

What is your role in the national team?

I have two main jobs: one as an athlete, so I’m constantly fencing and gaining results for the Turkish team, the other is to be a sort of trainer in the field. I made it clear from the start that I didn’t want to be a teacher, I don’t feel good enough to teach. The offer was accepted so here I am. 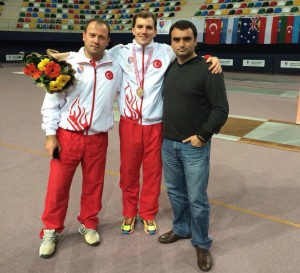 What do you think about your team? Do you think there are boys who can stand out?

Of course, compared to Italy, the Turkish team is not so strong. The numbers are small and the level not excellent, but the item in human terms is very good.  The guys are all very professional and are determined to learn and do good, putting a great deal of passion into it. The team is very young, I am 27 and the oldest (he laughs). I am like a big brother for them, we are a nice group, nearly a small family. I mainly work with the male national team, because I have had little chance to meet the only girl member (Irem Karamete) since the male and female agendas never match.

The Under 23 European Championship is coming: what can the Turkish guys do in terms of results?

For sure it will be a chance to gain experience and grow up. Fencing for all those years for Italy I had so many chances to be satisfied, in the moment the Turkish offer came I immediately stopped fencing for Italy, I didn’t want to keep a foot in both camps. And even if the bureaucracy was very long I didn’t want the Italian federation to keep investing on me knowing I was about to leave. So I took a break, a very long one, so long that people thought I had quit…

You have a gold medal  from the Australian championship. Could you tell us the story behind it?

Let’s say it’s all connected to the long wait for the Turkish passport. During that “pause” I was invited in Australia, they invited me every year but I always had to decline. Having hosted some Australian guys in my house during the wold cup matches for a couple of years, they wanted me to go there. As soon as I got free from my Italian training schedule I accepted. They paid for my flight and had me as a guest in their house. So I took the chance also to surf, which I love. I went back home and they invited me again for Christmas and the Australian Championship. I accepted and besides having a great time I also won the gold medal.

You are the Italian champion (in Under 20 category), and the Australian champion, if you’ll win in Turkey too you could be champion in three different countries. Have you thought about it?

Why not? I hope it will happen (laughs). Yes, of course: I am a champion in Australia because you don’t need to be a citizen there. And about the Italian title I won a GPG and another in the under 20 category when I was still in the cadets category.

Apart from fencing your other passion is skiing, which you also practiced at professional level. When did you decide that fencing was your sport instead of skiing?

The choice came naturally. When I was a little boy, I had fencing lessons during the week while in the week end my dad used to take me to Cavalese to ski. I tried all the disciplines allowed by my age, which are special, gigantic and Super G, while I couldn’t apply for the downhill race before age 16. Maybe my family preferred me to ski and it was also the sport in which I did better, but starting a career as a professional skier would have meant moving on the mountains and I was very young and not ready for that.At 13 if you want to ski as a pro you have to constantly train, especially in Super G where you have to combine technique and feeling with speed. When I started high school and fencing, the choice came by itself.

Still you haven’t given up skiing..

No. I still ski, but only as a hobby. I also got a license to teach, in Switzerland. Even though I’m not a teacher.

Do the two sports have anything in common? or are  they opposite?

Not really. They are two very different sports. My fencing teacher used to text me before a match, telling me to take it slow.. Totally incompatible even at a physical level, it takes a completely different approach. Doing both at a professional level is impossible.

Among all the things you do, you are also promoting the values of doing sports cleanly. What would you say to kids to encourage them to start fencing?

I think that children should be free to try all the sports and then choose what they like. Fencing is also very expensive and not everybody can afford paying for the equipment. However I find it highly educational both on moral and physiological levels: loyalty and respect for the opponent are the very basis of the fencing training and this is the aspect of this sport i prefer and I’d like to pass on. This is why I went promoting in schools with Coni (Italian Olympic Comittee), in oratory and also in classes with high immigration level and guys with shoulder difficulties. I still do that now, if and when my obligations allow me to.

Back to fencing, what’s next on your agenda of this season?

In the near future there’s Vicenza (the interview was taken before the Under 23 European competition), then we get back home and work together to get ready for the next World Cup, Montreaux Europeans and the World championship in Moscow. After the Professional season, we will keep on working through training camps in Turkey, Italy and other countries that host not federal organizations but clubs, which are more easily accessible.

I would like to thank “il Circolo della Spada Mangiarotti” and Sandro Resegotti for their support.

Thanks to Liliana Coates for the translation